Grooming behaviour is targeted; there is no other way to say it. It is deliberate with anintention to engage a victim in sexual acts. If you check out my last blog; I talk about what grooming is as defined in the Criminal Code. Earlier, I also defined what a sexual act
consisted of…

But how does it begin? How does it happen and what are the signs? We are up to blog 7 of the “Your Questions Answered” Series. As an advocate for change and someone who wants to break cycles of abuse, I believe is one of the most important things to know about how
sexual abuse occurs.

Most groomers, (which can be anyone) have techniques they use to ‘trick’ and gain access to a vulnerable child. Only 20% of reported sexual offences have occurred where the victim has NOT known the offender. The majority of Sexual assaults occur when there is some
relationship already.

SO, we definitely need to know how grooming occurs. More often than not, it is not an obvious display of trickery, but as subtle and unidentifiable as possible.

· What kind of child does a predator typically target?

Unfortunately, Paedophiles are cunning… they are tricky and they exist in a space where manipulation is the way to an end goal. So they choose victims based on the vulnerability,neediness, and those that are more likely to please… The predator can use many tactics but the end goal is that the child will be too afraid to speak. How do you avoid your child being targeted? (Let’s cover that in the next blog).

· What does Grooming look like; how does it happen?

It looks like anything…! How long is a piece of string? Sometimes it is so hard to know whatto look for but we can only try and create as much awareness around this as possible.

There are specific techniques paedophiles use, and they involve a great deal of patience on part of the predator including setting themselves up as model citizens; well embedded into the community and community activities. These positions are usually where their reputation and community standing enables them to hide behind a facade. It would not cause anyone to even think the person could be capable of grooming or sexual abuse.

This role, or community involvement allows trust to be built in adult groups and as such even the most responsible parents drop their guard. The parent believes the person to be safe andso allow more and more access to their child.

They are incredibly nice people, paedophiles. In fact, like my uncle they would never do the wrong thing; butter would not melt in their mouth.

The problem is that this leads into the grooming of the parents and the false sense that they can be trusted.

Many of these offenders prefer the company of younger children over adults. Sadly it is because they know they have power over young children, which allows them to have a sense of control.

· What are the signs of grooming?

There are some specific signs to be mindful of, but as every child is different so too are the ways in which they will be groomed.

Unfortunately, paedophiles have really ruined genuine connection for wonderful fathers (in particular) and caring family members who enjoy spending time with their loved ones. An important thing my dad said after I had broken my silence was that he wasn’t sure how he
should be around me and the other kids. There is a big difference to the love a genuine person gives to that of a paedophile. Again there is not any one particular thing that will tell you a child is being groomed or is a victim of sexual assault or child trauma, but there will be a combination of factors, such as the physical signs, psychological signs and even behavioural signs combined with the above behaviours that could lead you to believe something was ‘off’. You will know if you see it. You have to trust that your instincts are right, and back yourself. 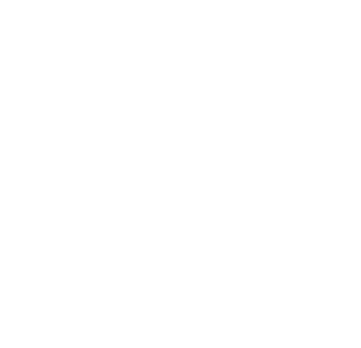